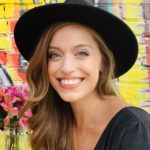 Demand for cloud hosting capacity and availability climbs every day. Throughout this growth, numerous, geographically-separate hosting locations are critical, and multiple data centers supporting a single cloud hosting platform are commonplace.
Distributed hosting services present a new challenge: the need to have a single, easily-accessible system for storage, replication, and aggregation of platform usage, performance, and metric data.
To address this need, we implemented Apache Cassandra, a highly-scalable distributed database, configured with nodes located in several data centers across the world.

The Use Case and Reasoning

We chose to implement a distributed data storage system with Cassandra because it could act as a performant, scalable, redundant, highly fault-tolerant and decentralized system spanning multiple data centers with no single point of failure.
We needed the system to facilitate large-volume storage of infrastructure based usage data, captured in real-time and used by an aggregation system to generate billable usage on a per-customer basis.
This data is critical to our daily operation, so it was a primary concern to minimize the risk that any system malfunction, including a situation like catastrophic data center loss, could result in the loss of this data which must be retained for legal reasons.
Due to the extremely large volume of data and the rate of data accrual, the system needed to be responsive enough to allow for the constant collection of data, as well as facilitate efficient data access needed by daily processes that aggregate usage, in a timely manner, so it is accessible by customers.

The disadvantages of using Cassandra include a lack of flexibility in accessing data, as compared to a relational database, and also the lack of a reliable method for removing data after it’s added to the system.
For our use case, the downsides were less concerning as we addressed the data access limitations programmatically using Python for calculation and record sorting. We were not concerned with the deletion of data since data would only be inserted, updated, and accessed.
Furthermore, we needed the ability to archive older data, which Cassandra does have easily-implemented mechanisms for doing, as long as the system is configured and used in a specific manner (including column families and keyspaces).

We opted to create three Cassandra nodes per data center.

Since data centers can become isolated, our use case required that each data center could operate independently if necessary.
The single most important concept when setting up a Cassandra cluster spanning multiple data centers is using the correct Cassandra load balancing policy. This policy changes the method used when accessing data from the cluster. The default policy is called ‘RoundRobinPolicy’ which tells the system to equally distribute data access calls among all available nodes in the cluster. In a cluster spanning multiple data centers, this can be very bad.
As an example: You may be accessing data from the western US but data may get pulled from Europe, which will result in the correct data since it is replicated to all nodes, but can run into slower data access and possible network timeouts.
Instead, use ‘DCAwareRoundRobinPolicy.’ This policy ensures when data is accessed from a data center, it is retrieved from the nodes local to that data center, providing the fastest possible data access path. If the local nodes don’t have the data being accessed, the policy will go to nodes in other data centers, but only as a last resort.
Here’s an example of how we configured ‘DCAwareRoundRobinPolicy’ using Python:

Data center awareness can also be used to configure special-purpose nodes. For example, we have a single node configured as its own data center so it is used for storage, but not data access. The server running this node is configured with regular scheduled backups, both local to the data center and remote. This serves as one more safe guard against any catastrophic issue causing the loss or corruption of our valuable data within the cluster. A backup of this single node could be used to rebuild the entire cluster. (A situation we hope never arises.)

A Cassandra keyspace is a namespace used for defining data replication on nodes and used to logically segregate a set of column families. (Generally, column families are considered synonymous to tables in traditional database terminology.)

Here’s a brief example script demonstrating how we create keyspaces:

Since implementation of our multiple data center cluster, we have seen many of the expected benefits, including reliable, fast data storage and access, and the ability to recover from both minor and major incidents causing isolation of data centers with minimal manual intervention. This has addressed a number of issues with our previous system and resulted in a much more reliable system for our customers to access their usage and metric data.
There are a vast number of configuration and tuning options with Cassandra, making it an ideal solution for many diverse use cases. Please share your suggestions and thoughts on other implementations in the comments.

Blog
by Megan Ferringer
About the Author

Megan is the Content Marketing Manager at Navisite with more than 10 years of experience helping brands discover and tell their stories. From working at a global non-profit organization to boutique marketing agencies in Chicago, she champions the power of storytelling across all industries.