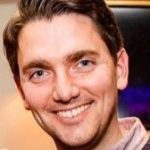 Just a few short years ago, Amazon Web Services (AWS) and Microsoft Azure were the runaway leaders in the public cloud market. While Google had its Google Cloud Platform (GCP) and was known for technology innovation (think Kubernetes and BigQuery)—earning a strong following among the developer community—it didn’t have the enterprise capabilities required to compete with AWS and Azure.

Today, however, the company is gaining market share and has become a top contender for organizations—including enterprises—looking to adopt cloud services. In fact, in 2018, Google made the much anticipated leap from the “Visionaries” to the “Leaders” quadrant of the Gartner Magic Quadrant for Cloud Infrastructure and Platform Services—and it has held its ground there every year since, with sales steadily climbing. According to ZDNet, “for the full fiscal 2020, the cloud business brought in $13.06 billion, up 47% year-over-year from $8.92 billion in 2019 and $5.84 billion in 2018.”

How did Google Cloud gain so much ground on its competitors in such a short timeframe? The business made a strategic decision to evolve its target audience beyond the developer community, to also include large enterprises—a move that provoked Google Cloud to mature as a service provider. This pivot in strategy largely can be attributed to Google Cloud CEO Thomas Kurian, who, since joining the company in 2019, has focused the business’ efforts on the enterprise market.

Here are three recent developments Google has made—all spearheaded by Kurian—that demonstrate the company’s commitment to meeting the needs of an enterprise audience and becoming just as dominant a player in the public cloud market as Amazon and Microsoft.

Google has made a number of executive hires over the past few years—starting at the top with Kurian as CEO—in an effort to build a team of enterprise software veterans that have the expertise and experience required to help the company grow its enterprise sales and appeal to a number of industry verticals. Here’s a rundown of Google Cloud’s all-star lineup of enterprise veterans that Google snagged from major vendors, including Microsoft, AWS, SAP and Oracle:

Knowing its partners would be instrumental in helping Google Cloud expand into the enterprise market and across target verticals, Kurian and his team made partner ecosystem expansion a priority. In July 2019, just six months after Kurian joined Google Cloud, the company announced its new and improved partner program, Google Cloud Partner Advantage.

The program’s overarching goals are to make it easier for partners to work with Google Cloud, enabling them to differentiate their services and add value. All in all, the program is a key linchpin to Google Cloud’s overall goals to build up its enterprise business with a partner-first approach—one that also supports Kurian’s focus on key verticals, including financial services, healthcare, retail, manufacturing, the public sector, and communications, media and entertainment.

The Google Cloud Partner Advantage program delivered impressive results from the start. In an exclusive CRN interview, Kurian reported “partners brought 85% more new customers to Google Cloud in 2019 than the prior year, and partner-sourced revenue grew 195%.” He also said there was a “300% growth in the number of Google Cloud-certified partners in 2019.”

Google Cloud’s partner success continues today, as the company nears completion of its goal of selling 100% through the channel. In fact, this Google Cloud blog post discusses an IDC study of Google Cloud partners around the world, which found “on average, partners are growing their Google Cloud businesses at a rate of 35% year-over-year, with a significant group of partners—one in five—growing even faster, at 75%-plus year-over-year”—impressive!

With such a strong initial focus on innovation and the development community, Google Cloud had become accustomed to providing new technologies, platforms and services to the community for free—so they could collaborate on, experiment with and improve upon its offerings. But, the company has moved away from this strategy in favor of an approach that better serves the enterprise market and is more competitive.

Over the last few years, Google Cloud has adopted a completely new product strategy—one that is founded on the productization of offerings. Google Kubernetes Engine (GKE) is a prime example of this new strategy. Initially available to developers at no cost for clusters with less than six nodes, in June 2020, Google announced it was “introducing a GKE cluster management fee of $0.10 per cluster, per hour and a financially-backed SLA with guaranteed availability of 99.95%.”

Productizing its offerings in this way is now standard operating procedure—and it has helped Google Cloud not only drive revenue, but increase its appeal to enterprises and mature as a cloud service provider. It’s important to note though, that amid this change, Google has worked hard to maintain its relationship and credibility with the developer community.

The three developments above are only a sampling of the strategies and initiatives Google Cloud has taken on over the last few years to ramp up its cloud capabilities. Thanks to its efforts, the Google Cloud business has proven it has what it takes to support complex enterprise workloads and environments (such as SAP S/4HANA) and to be a trusted cloud service provider. And, in doing so, the company has finally claimed a spot on the “big three” public cloud provider list.

If you’re thinking of migrating to GCP or optimizing your GCP environment, Navisite is here to help. We’re a recognized Google Cloud Partner in the Partner Advantage program and an authorized managed service provider on GCP. Our team is standing by to help you throughout all phases of your Google Cloud migration and beyond—from developing your cloud strategy and initial migration analysis to production cutovers and ongoing support.

To learn more about how we can help your business take advantage of GCP—or another cloud provider—contact us today. For more information about Navisite’s Google Cloud Services, read our data sheet.

From the Desk of the vCISO: Virtual CISO Services Bridge the Cybersecurity Leadership Skills Gap

Insights
by Aaron Boissonnault
About the Author

From the Desk of the vCISO: Virtual CISO Services Bridge the Cybersecurity Leadership Skills Gap
by Aaron Boissonnault
Next Post